The right-wing resurgence has created a new reality for awakened white people. It’s definitely a big improvement over the old regime of shame and censorship, but it’s still a far cry from the world we want to live in. Donald Trump rattled the power structure but cemented his victory only by means of an alliance with hardcore Zionism. The Alt-Right features a bigger and broader cast of characters than the old white right, but its following is mainly a cybercult locked into the simulated world of the global Matrix.

What we need is to crack the power structure wide open and topple the house of cards that’s been a-building for centuries. The only thing that can do this is the collapse of civilization as we know it. Many people expect this to happen as a consequence of economics, degeneracy, corruption, revolution, environmental disaster, divine intervention, or simply the remorseless turning of the cycles of time. The timetable is a big issue, because it determines the strategy applicable to the present moment. I’d like to escape from the Matrix as soon as possible, so I favor an effort to speed up the timetable, laying a hand on the wheel of the aeons.

For such a Herculean task we need to marshal all our resources and acquire more, and in fact the cream of the crop of white families are seriously securing their future by stockpiling plenty of guns & butter in places they hope will be defensible when the wheel creaks into motion. So the project is well-anchored in the real world, but to accommodate its mythic proportions I have also resorted to fiction, notably a novel in progress titled

Dramatizing it will hopefully make the prospect seem realistic and inspire action, but the main point is to forge a worldview classically termed millenarian, in which the daily lives of the people are geared to the conviction that they will soon be engaged in an apocalyptic struggle. The most recent historical evidence for how this outlook invigorates and uplifts a population is the Third Reich before the war. And of course the big lesson of this bit of history is to act in a way that ensures the opposite outcome.

The key to this miracle is the spiritual regeneration of the people, to which end I offer the writings and artifacts indexed in

Seelenheil ~ Path of the White Spirit

The mythic dimension of the project is that the olden prophecies were fulfilled with impeccable timing, for the White Spirit was reborn at the turn of the millennium in the sign of Aries:

The past is prologue, and for an analysis of the twentieth-century background see

Then for the deep thrust back into the Old Aeon, here is 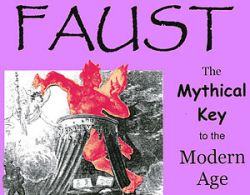 And to grasp the truth about what most people mistake for today’s “real world”, don’t miss

Most of this material interlinks with the flagship site, but here’s the homepage:

One thought on “White Millennium”