As the white spirit struggles to regain a sense of worth, stature, and self-esteem, it naturally casts back to the grandeur of Western civilization, the unprecedented wonders of science and technology, and a culture that rediscovered the historical record of all its predecessors. This was a mighty achievement, but it came with a fatal inherent flaw. Western Man has been likened to Faust, and many in the insurgent white right embrace the archetype. There are few, however, who care to confront the devil Mephistopheles to whom Faust sold his soul, and who can be most readily identified as the cabal of Jewish financiers who bankrolled the gloried rise of the Faustian Imperium. The outcome of the world wars and consequent culture wars of the 20th century can be seen through a glass darkly as the foreclosure of the contract: Faust is dead and in Hell, and Mephistopheles has inherited the empire.

As the essay at the Faust link spells out, the remorseless advance of the Modern Age from the Renaissance led step-by-step to the destruction of the human soul and the suppression of spiritual awareness. A milestone was the “Enlightenment” that began in the 18th century, arrogantly reversing the meaning of the word. This de facto Endarkenment enshrined the material world as the sole object of worship, with the laws of physics as its dogma and scientists as its high priests. The soul was superseded by the ego, which usurped the throne of God and became the driving force of the Zeitgeist, striving heroically but blindly in foredoomed hubris. It was this Faustian ego that achieved its intellectual apotheosis with Nietzsche, elected Adolf Hitler as its Avatar, and was crushed by the minions of Mephistopheles in World War II.

The identity of the victors was agonizingly clear in postwar Germany, where the occupation forces and subsequent Jewish-dominated government forced the people to submit to a program of “denazifiction” and imprinted their children with a burden of guilt and self-hatred for the “holocaust” they had supposedly inflicted on “God’s chosen people”. It was much easier to purvey the unholy agenda in the Western countries that had allied against Hitler, especially America, simply by padding the illusion that they were the winners, and spinning it out to ungodly proportions. Inspired by advances in science and medicine, and especially by the financial boom, Fortune magazine proclaimed the final victory of man over nature ~ i.e, speaking through this organ, Mephistopheles publicly usurped the identity of Faust and claimed to have accomplished one of his greatest goals.

The diabolic entity spent the rest of the 1950s reshaping the landscape and culture in its own image; e.g., a Jewish realtor literally invented suburbia, as Levittown became the model for cash-cow housing developments across the land. Struggling rural proletarians and farmers were happy to move en masse into the sprawling tracts of identical ticky-tacky houses and buy the mass-market cars they needed to get to their assembly-line jobs, as well as to the new mass-marketed chains of identical restaurants (McDonald’s), hotels (Holiday Inn), and all the burgeoning retail outlets that were later dubbed “big box”.

With all their material dreams fulfilled, the citizens of the capitalist workers’ paradise didn’t even notice that their souls had shriveled up to specks. It’s a farcical irony that today’s Alt-Right idealizes this dehumanized era just because the people in the trivia pics are all white. They don’t piece together the pattern of history and recall that the “civil rights” movement and the mandate for mass race-mixing was unfolding at the same time, part of the same agenda of the dark power that dominated the land.

Further, an artifact of the era reveals the dark underbelly of those picture-perfect white suburbs: Rebel Without a Cause (1955) shows the moral rot that was eating away the souls of the young. The analysis is striking because the moral standards it invoked have been utterly swept away since then, or even reversed. The film defines the issues as the emasculation of fatherhood resulting in female-dominated families, broken families with absent fathers and self-centered mothers, and social pressure on decent girls to act like (or become) whores.

But the script goes deeper and strikes at the heart of the larger problem. In an early scene the high school class goes to a planetarium show where a scientific authority-figure lectures them on the meaninglessness of human life, which is “trivial” and “an episode of little consequence… in the infinite reaches of space.” The point is dramatized (and traumatically imprinted) by a cosmic explosion as the Sun goes nova and wipes out the Earth, followed by the remark “That’s all.” The implications of the scene may be missed by some viewers, but we can see that it reveals the perpetrator of the whole malaise as Faust. 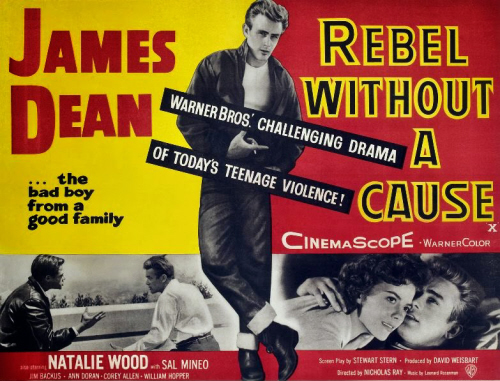 With Faust’s legacy in the hands of Mephistopheles the last outer trappings and vestiges of the White Imperium were remorselessly peeled away in the following decades, like a helpless giant getting skinned alive. The raw, bleeding corpse was interred at century’s end, but by means of a miracle unknown to the masses, the White Spirit rose again in glory with the new millennium. This rebirth brings to Earth the divine light which consecrates the universe and dwells in all sentient beings. It can save the Earth and redeem the human species, but only through the instrumentality of a newly enlightened white race. The individuals who embrace this Spirit experience its unconditional love, and receive the wisdom to temper it with implacable justice. They perceive the common humanity in all races, but preserve the special love of kith and kin for their own.

Above all, the new white breed will cast off the canker of Faust, renouncing the ignorance that denied the Spirit and was blind to the entire numenal realm. Only thus will they have the power to reclaim the science of Faust and the wisdom to use the material tools in the service of Spirit.

8 thoughts on “Faust is Dead”